Last week we were hard at work helping our bistro fairies make this adorable fairy potting bench. It the perfect size for a miniature garden and made entirely from stirrer sticks and old rusty nails.

If you’ve been following A Crafty Mix for a while, you’ll know how much we love using recycled bits to create something else. And our fairies are always coming up with quirky ideas on how we can repurpose odd bits and pieces. Like that time they asked us to make a gypsy caravan from a lunchbox for the fairies in our bottom garden. And when they stole an empty plastic cup to make a fairy bridge. They’re so creative and naughty, but don’t tell them I said that 😉 They keep our Highveld garden flourishing.

It’s not the first time we’ve repurposed rusty nails to make something for our fairies. You should see the beautiful garden set we made a few weeks back. Anyhoos, let’s get back to that tutorial.

The first thing you need to do is create a basic frame for the potting bench and straight rusty nails, or bright shiny new ones 😉 are perfect. They’re strong and have loads of character already built-in. I used my stirrer sticks to figure out how wide the potting bench should be and trimmed the rusty nails.

Place the long and medium nails perpendicular to each other and then add the shorter, trimmed nails across. Glue down.

We like using Loctite Liquid Professional Super Glue for delicate fairy work. It sets within seconds and the bond is really strong. The only downside is if you make a mistake you only have about 10 seconds to fix it. But fairies are very forgiving and if need be, you can pry the nails apart with pliers 😉 Once the frame is ready, you can start making the shelves.

Making the frames for the fairy potting bench

Our fairies asked for two shelves to hold all their pot plants. The shelves are made from stirrer sticks that have been stained with our homemade “Rusty Nail Muti”.

That stuff works like a bomb. Here’s those same stirrers after about 5 minutes. They look like they’ve been lying outside getting knocked around by the weather for years 😉

After trimming the ends of the stirrers to fit between the potting bench frame, we added small supports under each of the shelves to make them stronger. You never know what kind of things fairies are going to put on those shelves 😉

Glue the shelves down on the cross supports and check if it’s stable and straight.

Making a back for the potting bench

Now to make a back for the fairy potting bench to finish things off.

Wouldn’t you know it? At the very last minute, the fairies put in another request to round the back of their potting bench. But that’s the great thing about stirrer sticks. They’re pretty easy to cut with a pair of sharp scissors. Just score along the lines with a craft knife several times, and then cut and sand. Glue the back to the frame and the fairy potting bench is ready for those fairies to start planting up a storm in their fairy leaf planters.

Isn’t it just too cute? I think the fairy potting bench should last a good few years, especially if they remember to sprinkle a little fairy rust dust on it every now and again 😉

Don’t you just love those fairy leaf planters? You can get that tutorial here.

They even added little sign too. Just in case someone doesn’t know what the little rusty nail contraption is 😀

And that teeny, tiny spade. I swear I had a bracelet charm like that once. Mmmmmm, I wonder, did they decide to repurpose that too?

If you like the idea of making a fairy potting bench, don’t forget to pin it for later.

Oh and if you’re looking for some of the things we used, we’ve got you covered Disclosure: Clicking on the links below, means we may receive a commission from Amazon. But don’t worry it won’t come out of your pocket, and it helps us come up with more amazing craft ideas to share with you 😉

Or if you prefer to buy rather than DIY

And as always, wishing you a wonderful, crafty week filled with lots of love. Thank you for popping in for a visit. 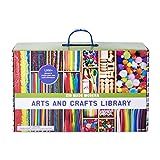 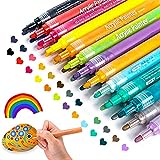