Free Periodic Table Printables for The Nerd In Your Life

Hands up, who doesn’t love free printables? And if you’re a bit of a nerd like me then I have six awesome and free periodic table printables to share with you guys today. They make super cool gifts and will look great hanging on the wall. I even had one printed on a T-shirt for my hubby. He’s a nerd too 😀

Some Interesting Facts About the Periodic Table

The periodic table was created way back in 1869 by Dmitry Mendeleev, a cantankerous professor from the University of St. Petersburg. Apparently he had a tough deadline to meet and played a game of “chemical solitaire”  to arrange all the jumbled facts about elements into a logical “cheat sheet”. It seems that cranky Prof was quite protective over his table. When argon was discovered in 1894, it didn’t fit into Mendeleev’s table, so he denied its existence. It was only when radon, neon, krypton, helium, and xenon were found that he finally revised his periodic table to include these noble gases.

Ever wondered why some elements are drifting around at the bottom of the periodic table? It’s to make it all fit nicely on a page or screen. Seriously, I’m not kidding. It seems even mad scientists think about pretty layouts 😉

Wonder is the heaviest element on the periodic table. Even a tiny fleck of it stops time.Click to Tweet

Elements are often named after the place in which they were documented, like germanium (Germany) and americium (America). Even the Scandinavian god of thunder has an element name after him (Thorium). So do Einstein, the Curies and Prof Mendeleev (Einsteinium, Curium and Mendelevium).

Here’s another interesting fact. Dubnium was named after a Russian city north of Moscow where the element was first discovered. But prior to the name becoming official the University of California proposed that it be called hahnium (Ha) in honor of Otto Hahn. I wish they’d gone for Ha instead of Db 😀

There are  118 elements on the periodic table so making up words was so much fun. It’s like playing scrabble with chemistry 😀 The only letter you won’t be able to find is J. Anyhows enough of my babbling. I promised you printables, not a lesson in the history of the periodic table 😉

Periodic Table Printables for the Nerd in your Life

The first 3 printables are all 8×8 images so they are super easy to print at home and display in a square frame. Just click on the pic to download the zip file. It contains all the elements you need to make the words.

The next 3 are standard letter size and are perfect for nerds with a sense of humor 😉 Once again you can just click on the image to download the zip file.

The following are available in both “black on white” and “white on black”. So you get to choose which one fits your decor best.

I do hope you enjoy the printables and please let me know if you have any problems with printing them out. I’d be happy to help out.

Don’t forget to pin it for later 😉

And if you don’t want to go to the trouble to find the right frames for your printables, I’ve got you covered Disclosure: Clicking on the links below, means we may receive a very small commission from Amazon. But don’t worry it won’t come out of your pocket, and it helps us come up with more unique DIY and  craft ideas for you 😉

Or perhaps you’re looking for some more nerd friendly gift ideas, then maybe these will work.

Thanks so much for stopping by. Until next time, hope you have a beautiful creative week. 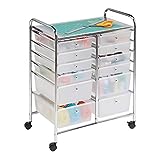 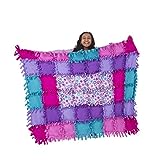