I have this thing for teddy bears  It doesn’t matter if it’s Winnie the Pooh or Baloo, I love them all. LOL, that sounds like a song 😀 But there’s just something about them that always makes me feel safe and warm inside. I have to really hold myself back from adding more to my collection. Just recently, I had to make this miniature teddy bear for a fairy daybed and I thought I’d share the tutorial with you.

This little warm and cuddly guy is only 1 1/4″ small (3.5 cm). Compared to the world’s smallest teddy it’s quite big, but my old eyes aren’t what they used to be 😀 The miniature teddy bear only takes a few minutes to put together and older kids will love making them. They’re perfect for a doll’s house, printers tray or a fairy garden.

What You Need to Make a Miniature Teddy Bear

How to Make a Miniature Teddy Bear

We’ll start off with the face since that’s what gives the miniature teddy bear all his character 😉 You’ll need the medium craft pom-pom and a 2 small ones. Using your black pen draw a small dot in the middle of the medium pom-pom to create a nose.

Add a small amount of glue onto the back of the eyes using the toothpick and glue them on just above the nose. Because the googly eyes are so small you might want to check that the little black thingymabob inside moves around nicely, before gluing them down, else you’ll end up with a miniature teddy bear that looks squint or cross 😀 Glue the ears on either side of the head, just above the eyes. The placement of the eyes and ears is what gives the little teddy bear it’s personality so take your time.

Once you’re happy with the face, glue the head onto the largest pom-pom.

Time to add the arms and legs. Glue two small pom-poms on either side of the body, towards the top of the large pom-pom. Just like the eyes and ears, where you place the arms will help define who your little teddy bear is. If the arms are out towards the sides it looks like he’s ready to give you a big fat hug. If they’re placed closer together, in front of the body, he’ll be begging you to pick him up for a cuddle.

Glue the last two small pom poms at the bottom of the miniature teddy bear. Since this little guys will be sitting on the fairy daybed, I placed his legs right next to each other for better balance.

That’s it, the little teddy bear is all done. Add a bow tie

Or give your teddy a pair of glasses. You can get the tutorial for making miniature glasses here.

Not only is it easy but craft pom poms come in sooo many different colors, so you’re spoilt for choice when it comes to what color you want to make your teddy.

P.S. Did you know a teddy bear collector is called an Arctophile. Ummmmm me neither. I had to look it up 😀 Oh and if you’re looking for some of the things we used, we’ve got you covered Disclosure: Clicking on the links below, means we may receive a commission from Amazon. But don’t worry it won’t come out of your pocket, and it helps us come up with more amazing craft ideas to share with you 😉

Until next time, hope you have a beautiful, creative week. 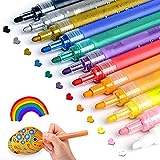 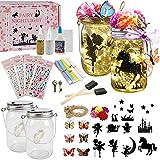